Another innovative development of the author. Widely used by the author in teaching for a more visual systematization of physical quantities. The training table will be useful for teachers and students of secondary, vocational and technical educational institutions, entrants and students.

The system of units of physical quantities SI is a visual structure in the logical sequence of basic and based on their derivatives of physical quantities. On the left, at the top of the table, the origin of the main physical quantities is illustrated, and on the right, the figure shows the algorithm for obtaining derivatives. The basic units of physical quantities are given their definition, a model object with dimension. Derivatives represent a system of interconnected in the form of separate full-color functional purpose of images, each of which consists of the name defining the formula, designation, the name and illustration from model objects of the basic sizes. The arrows explicitly show the algorithm for obtaining derivatives. This allows for in-depth perception, concept and creation of any quantity in general, and use from the beginning of the study of physics. The energy diagram formed by the emission of the hydrogen atom and the diagram of electromagnetic waves complement the compactness of the table in both visual and semantic values.

System of units can be used in electronic form with the help of modern demonstration tools - interactive boards, panels, etc.
Translation into other languages is possible. 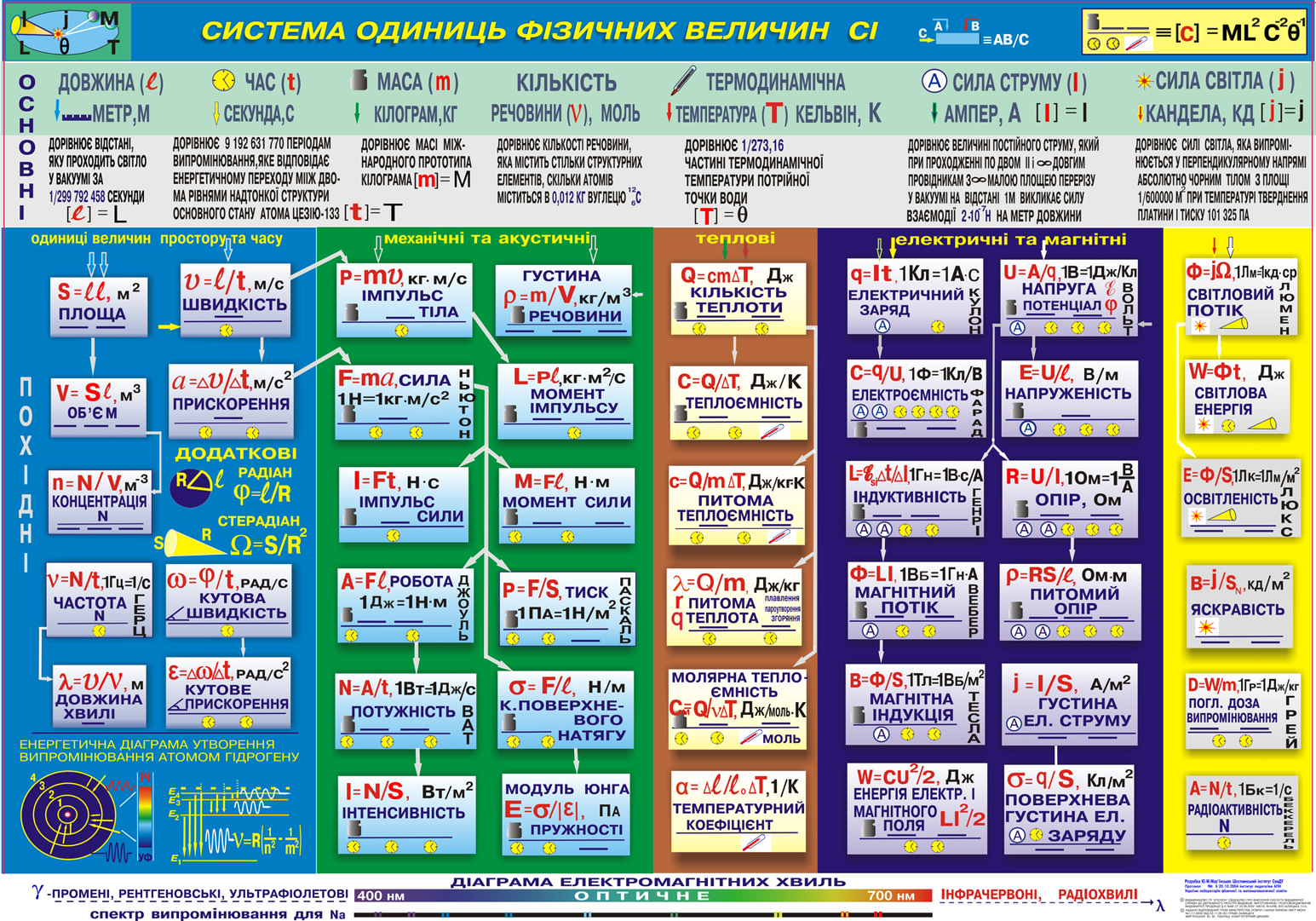